The Benefits of Praying and Fasting; How I Got My Job After a Long Wait 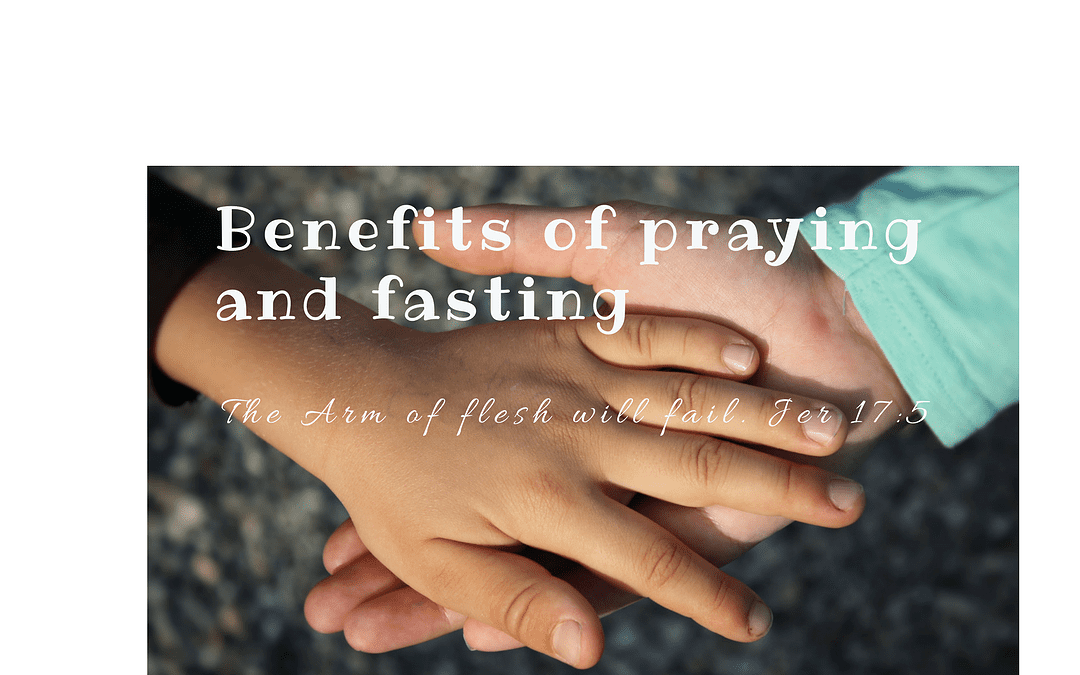 It was in 1999. I’d just graduated from the Federal University of Technology, Yola in Nigeria; and just finished my youth service (we served the country for one year). I sought a job from November 2000 to October 2001.

I come from a Moslem family and my father had many political and business networks.  He was ‘well connected’ as they say in Nigeria. Incidentally, I studied Chemical Engineering at the University so it was nothing for him to connect me to his friends working at the oil companies in Nigeria.

My father contacted many of his friends on my behalf. One time, I received an envelope encasing a letter from the president’s office; to deliver to Shell Nigeria for employment considerations. I still remember the letter, it had an engraved Nigeria’s coat of arms. I hadn’t seen such a well-designed letter. I travelled from Portharcourt, where I lived at the time to Lagos. There I and my dad went on to deliver the letter to the office of Shell’s Human Resources Director. I didn’t hear a word back from that office to date.

I’d tried quite a number of my father’s connections. We went to the executive vice chairman of Exxon Mobile at the time for an opportunity in Exxon Mobile. We even contacted the then Chief Security Officer (CSO) Rivers State Government for a position in Nigeria LNG Limited (NLNG) Bonny, yet nothing came from it. I applied to several companies but no one gave me a callback. The intriguing thing about everything was that I was praying and at the same time “pressing the buttons” hoping to get help from my connections. I tried every possible connection until I burned out. This lasted about 1 year.

Something must be wrong with me…

Out of frustration, one day my well-meaning, Moslem dad had an idea. He advised me to go have a spiritual bath. He went ahead to introduce me to one of his friends that had taken a spiritual bath. ” After I had this spiritual bath, ” his friend announced, ” doors began to open”. I was swamped, daily by such suggestions from my Dad and my half-sisters who by the way thought I was too proud to take anyone’s advice. It got to the point where my father commenced verbalizing his dissatisfaction with me. He said he had done everything possible a father could do for his son. He had put me through school;  he took me to his friends with high status. “There must be something wrong with you”.  I must have been cursed with some sort of bad luck,” he suggested, angrily. “Christianity is a useless faith,” he continued, “We pray five times but you Christians pray only once. Which do you think will have more power?” 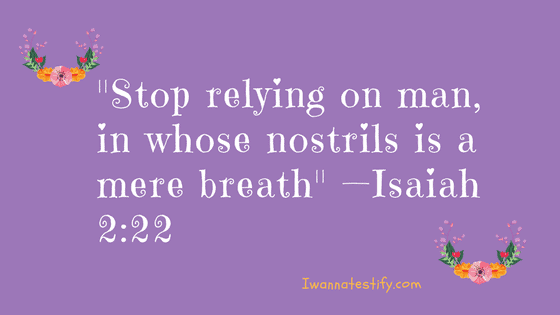 I decided to do something differently…

Perplexed by all the rantings and disappointments, I told my dad I needed to go away for five days. On Sept 9th, 2001, I left for my friend’s house in Ebonyi State for a spiritual retreat. I embarked on a three-day, morning to 6 pm fast. It was during this fast that the Lord reprimand me. He said I was foolish in thinking that the arm of flesh would get me a job. He reminded me of  Jeremiah 17:5, The scipture says “Thus says the LORD, Cursed is the man who trusts in mankind And makes flesh his strength, And whose heart turns away from the LORD”.  “You have not looked up to me,” The Lord rebuked me. Ah, with a penitent heart, I cried bitterly to God and repented of my sins.

About three days after the fast, in my father’s living room, I stumbled upon Psalm 102:13 which says “Now I will arise and have mercy on Zion for it is time to show favour to her; the appointed time has come.” I felt as though those words were whispered directly to my spirit. There was no shadow of a doubt that those words were for me.  In excitement, I jumped up and started dancing. I danced and danced such that an onlooker would think I was dancing to some tune or some music. I only stopped for not wanting the neighbour to think I was crazy. I had a reassuring peace that God had heard me.

The next day, Tony my friend visited me. And out of excitement, I told Tony that I was going to get a Job. He looked at me expressing surprise like, what has come over you? Seeing, we have both been looking for a job for the past year.  He asked, “so what has changed?” Anyways, less than a week after I read that verse—around September 18th, 2001. I received a letter from the company: Fugro Consultant Nigeria, formerly called Nigeria Prodec Fugro asking me to come down for an interview.

This was the first interview letter I’d received after countless applications. The moment I saw this letter, I knew it was my job. The company needed to select only 2 successful candidates. As I prepared for the interview, however, I heard doubts in my head asking “How are you sure you’ll be selected?” The results came out, and I learned that the company selected those who had a score of 70 and above. I luckily scaled through with slightly above 70 marks. There were many others with high scores in the ’80s and ’90s.

In preparation for the 2nd interview phase, I read all the relevant books I could think of. On the morning of the interview, after my quiet time with God, I began to do a recap of all I’d read. Just then, I heard the Holy Spirit speak to my heart to pick up the diary I’d used during my youth service. The diary contained some points I jotted down from a book called “How to answer tough interview questions” I’d completely forgotten about this diary and hadn’t opened it for a year. I opened it that morning and dusted it, then I glanced through it for a few minutes and continued with my engineering book.

As I sat for the 2nd phase of the interview, I thought it was going to be a question-and-answer exam. Surprisingly, it was a written exam. There were 16 questions. 15 of the 16 questions were almost word for word what I’d read from my diary that morning. Seeing this,  excitement gripped my heart. My first words were “ God I thank you”. I tingled with Joy as I happily reproduced back the answers.

I didn’t receive a response after the said time…

After waiting for the stipulated 2 weeks given by the company, I was quite concerned I’d not been called by the company. Anxiously, I called one of my friends who had also made it to the 2nd round. He informed me he had already received a rejection letter. This made me all the more nervous. I called the company to find out what was happening and was advised to wait until I get a response.

About the 3rd or fourth week, I received a  letter requesting that I come for discussions with the management. On the eve of the scheduled discussion, I attended a vigil —as was my custom— in the Assemblies of God church in Port Harcourt city, Nigeria. After the prayer meeting that night, I bought a book displayed on the tables there at the church.

The next morning, I left for the management discussion with the book I’d bought the previous night. On arriving at the company’s building and having waited at the reception office for a while, the Managing Director summoned me into his office.  We began to talk. The director asked me questions starting with subject-specific questions and gradually veered into more general questions. This was when he asked me why I was holding a Christian book. Now, that was a logical question as my names reflect my Moslem background. I replied, that I was born a Moslem but was miraculously converted to Christianity.  On hearing this, he immediately called the office secretary (the late Kate Okafor) to give me my employment letter to sign.

What I later found out from Kate…

Kate later explained that the company had already selected the 1st candidate and had reservations to pick me as the 2nd candidate. They’ve had an issue with a former Moslem employee, so this time around the company wanted an employee who would fully participate in the company’s values. My confirmation was delayed because my two first names are Moslem names. Even today, I often wondered why they still held on to me. This God is good! All glory to God!

God Bless you for reading!

—Submitted by Omotayo from Norway

Have you had a similar experience? what happened and what did you learn? Please comment below. We’d love to hear.

← When God Helped me Through a Tough Disappointment; How to Overcome Difficulty with a Good Attitude Releasing Control; the secret to living in peace →