Leukemia Healed And Then My Life Took a Sudden Shift 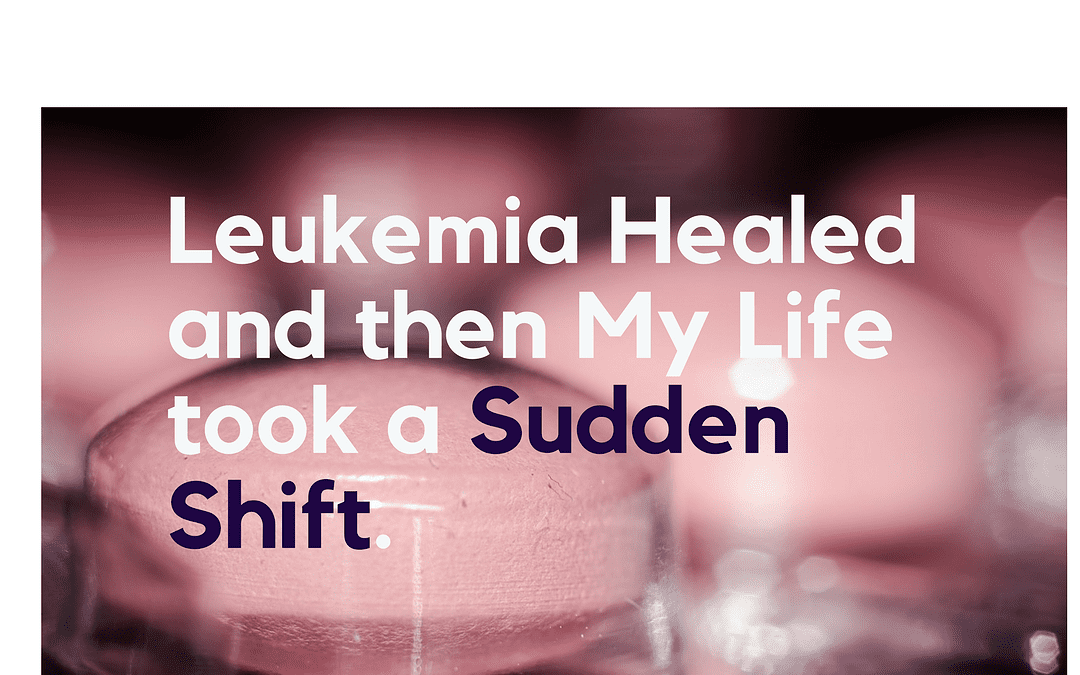 Story from Mae in Calgary, Canada

In February 2001, something weird began to happen to me. I was feeling extremely tired but without any physical pains in my body. This continued until the day I and my husband were invited to supper with some other couples. We were in this place when suddenly, everywhere began to look foggy to me. I could hear people talking but couldn’t see anyone. I was conscious of all that was happening around me but could not visualize anyone or objects. Finding this very strange, I told my husband to please take me home immediately.

We dropped by my family doctor, who conducted some initial tests and referred me to a specialist. Within 2 days, they sent me to an Oncologist. I had no clue what an Oncologist was or did. Looking back now, I realized the doctor didn’t tell me what he specialized in and I didn’t bother to ask.  He ran another test withdrawing something from my spine.  After examining the result, he took my hand and without beating about the bush, he said, “ There’s something serious with your blood”  even then I was oblivious.

I was hospitalized immediately and then the lineup of tests began. They drew out so much blood from me while running these tests that I wondered if I had any more blood left. There were series of tests upon tests.The next morning, the doctor announced to me that I had Acute Myeloid Leukemia (Cancer of the blood). ”It was still in the marrow,” the doctor said.  I froze in that moment, startled by the news I’d received. I can’t really explain how I felt but the last thing I thought of was God. All I had was fear. The doctor assured me that he would try to keep the cancer from getting into the blood as it was still in my spine.

After two days, I began my chemotherapy treatments. Miserable is an understatement of what I was feeling. I didn’t feel physically weak but was totally and emotionally wrecked out. The niggling weird feelings were horrible. Then came the depression. I didn’t want to talk to anyone. I wanted to be all alone. The chemo treatments made me very depressed.  Now let me say this, I was born in a Christian home, but wasn’t a practising Christian. I knew nothing about the word of God nor any of His Word related to my health.  I was hooked up to blood work. I had more faith in the doctor than anyone else, so it was a good thing the doctor didn’t want to tell me how sick I was.

After about 5 weeks, the doctor came in and said to me that the treatments were working. The doctor asked me “do you realize how sick you were?”  “I guess not” I responded. “I got you in remission” he continued. He said the treatment is working but there was not a 100% guarantee

I couldn’t control the incessant bouts of depression. I would feel so helpless and worthless. I’d lost all my hair, lost 43 pounds and didn’t want to go home yet. It was about the last weeks when the medications were taken away that I realized how sick I was. Thankfully, some people always came around to pray for me in the Hospital.

It was after this sickness that the thoughts of that I almost died started coming hard at me. All of a sudden I realized I would have been dead. Even though I didn’t have a relationship with God at the time, I believe He showed me grace and met me at my level. Each time I went to the hospital for treatments, for some strange reason, I’d be impressed to read a certain sign by the roadside. The signs were moving frontlets of bible verses. Each time I passed and read them, I felt as though there was something pulling me to want to come closer to God. Around that time, I heard of this Hawkwood Baptist preacher in Calgary, Bernie Smith. I would go to him and ask him many questions.  I wondered if God would want me back after so many years of turning my back to him. As I learnt about God’s love and mercy towards me, I decided to start going to church and got baptized thereafter. All the fears I had about where I would go after I die gradually dissipated. Before now, I lived in fear not hopeful in this life or where I’d end up in.

As I studied the Word of God, God started giving me his own thoughts. He would direct me “read this, read this”. They were like God actually talking to me. All traces of fear and agitation left me. I had absolute peace.

I see now that God had been there all along. I had lots of signs in the hospital. God was trying to get my attention but I didn’t know it at the time. God shook me from this sickness to realize it. Perhaps you’re reading this and you don’t really know this Jesus. God is waiting for you to come to Him. Don’t harden your heart!

Throughout this period, I had this fear of death. It’s human nature. This is because we were made for eternity according to Ecclesiastes 3:11. That means that we were made for a life beyond this one.  We were made to live eternally. So departing from the earth is not where life ends.

Death still remains the biggest problem of man. But there is good news!  There is a solution. Jesus Christ is the solution.  The scriptures say that “ Salvation is found in no one else, for there is no name given on earth by which man shall be saved” Acts 4:12

Jesus went on to say in John 14:6 that  “ I am the way, the truth and the life”. No one comes to the father without Him. The life He gives is a final rest for your soul and a relationship of peace, joy and hope here on earth.

God is waiting for you!

I am now 81 years and it has never felt better. It is the same peace I have today. Even If someone tells me that I’ll drop dead in 5 mins I  would not worry at all. I have no doubt God loves me and that I will spend eternity with Him. My life ever since has seen upward motion. Not without challenges though but with ever-increasing victories. I am so glad to present to you this Jesus who helped me from my depressing thoughts. He is the best thing that can ever happen to anyone.

I am so grateful to God that I went through this. The shaking from this cancer helped me find my way to God.

In case you do not know the Lord, here are some resources that may help in your discovery.

I would love to know if this helped you in any way. Please don’t forget to leave a comment and share as well if you were blessed.

← Setting Smart Goals: Practical Steps to Making Lasting Changes in the New Year Keeping a good attitude in the midst of chaos →